News
EVOLVE finally returns to Melrose, MA this Saturday with a match that is “as big as it gets!” Here’s a quickie preview:
EVOLVE 86
Saturday, June 24th, 2017
Belltime: 7:00pm EDT
Melrose Memorial Hall
590 Main Street
Melrose, MA
Tickets available here.
As Big As It Gets – Non-Title Battle Of Champions
EVOLVE Champion Zack Sabre Jr. vs. WWN Champion Matt Riddle
WWN Champion Matt Riddle said this was “even bigger than a title match.” Pride is on the line when the two top champions in WWN collide. There will be a winner. Who is your pick?
Grudge Match
Keith Lee vs. Ethan Page
Page jumped Lee out of nowhere during the chaotic end of the last EVOLVE card. Now he must fight Lee face-to-face this Saturday. Can Page continue to cause chaos against the hottest rising talent of 2017?
Special Challenge Match
EVOLVE Tag Team Champion Chris Dickinson vs. ACH
Both these competitors are highly skilled, but they both need momentum. A win by ACH over half of the EVOLVE Tag Team Champions will give him that momentum. However, a singles win by Dickinson over a man as skilled as ACH will give him that momentum. Who will get momentum?
Former Catch Point Teammates Collide!
EVOLVE Tag Team Champion Jaka vs. Fred Yehi
Yehi has quit Catch Point, but this issue runs deeper. Jaka won the EVOLVE Tag Team Championship from Yehi. Now Fred wants to even the score in singles competition.
Catch Point vs. High-Flyer
Tracy Williams vs. Jason Kincaid
We have seen tag team bouts with Catch Point vs. high-flyers on several recent cards. Now we will find out who has the better style in singles action.
Special Attraction Match
Timothy Thatcher with Stokely Hathaway vs. Austin Theory
Theory has been learning the ropes, but now he’ll have his toughest challenge against the former EVOLVE Champion.
Plus more to be signed with Priscilla Kelly and others!!! 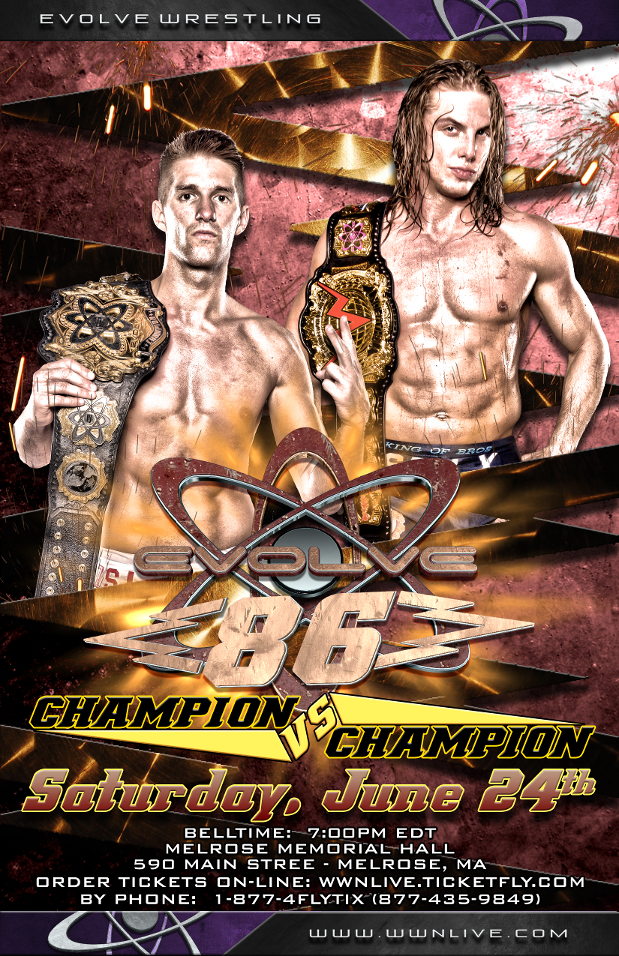