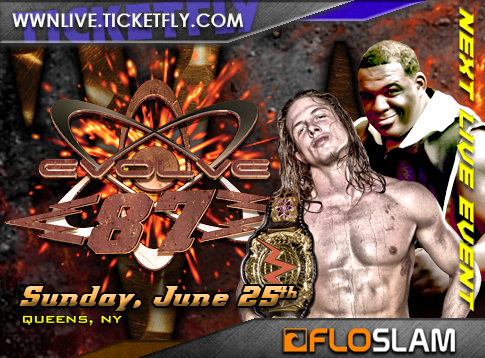 News
There’s nothing like EVOLVE at La Boom! Be there for the return for a special Sunday evening event featuring two important title matches. Here is a quickie preview:
EVOLVE 87
Sunday, June 25th, 2017
Belltime – 6:00 PM EDT
La Boom
56-15 Northern Blvd
Woodside, NY
Tickets available here.
WWN Championship Match
Matt Riddle defends vs. Keith Lee
This is the definition of a big match. Two of the hottest talents in the world colliding for the WWN Championship. Watch why this match is happening here. Get ready!
EVOLVE Championship Match
Zack Sabre Jr. defends vs. EVOLVE Tag Team Champion Jaka
The last time EVOLVE was in Queens, Jaka was half of the team that won the EVOLVE Tag Team Championship. The last time EVOLVE was in New York City, Jaka scored a big win over ACH. Now he is looking to take that momentum into this EVOLVE Title Match. Can he score the upset?
Former Catch Point Teammates Collide!
EVOLVE Tag Team Champion Chris Dickinson vs. Fred Yehi
Dickinson and Yehi have a long history in Queens as members of Catch Point. Each time, Dickinson has one upped Yehi whether it was a Four Way Freestyle or EVOLVE Tag Team Title Match. Now Yehi has quit Catch Point and is looking to even the score in singles competition.
Special Attraction Match
Trent Baretta vs. Austin Theory
Trent finally returns to EVOLVE. Theory has shown great potential. This will be his toughest test. Can Trent make an impact in his return?
EVOLVE 78 Rematch
ACH vs. Tracy Williams
Williams requested this rematch. He lost the first meeting between these two at EVOLVE 78 and it has been bothering him ever since. ACH is looking to climb back into title contention. Who do you think will win the rematch?
Clash Of Styles
Timothy Thatcher with Stokely Hathaway vs. Jason Kincaid
How will Kincaid counter Thatcher’s grappling skills? How will Thatcher deal with Kincaid’s unorthodox style?
Plus more to be signed with Ethan Page, Priscilla Kelly and others!!! 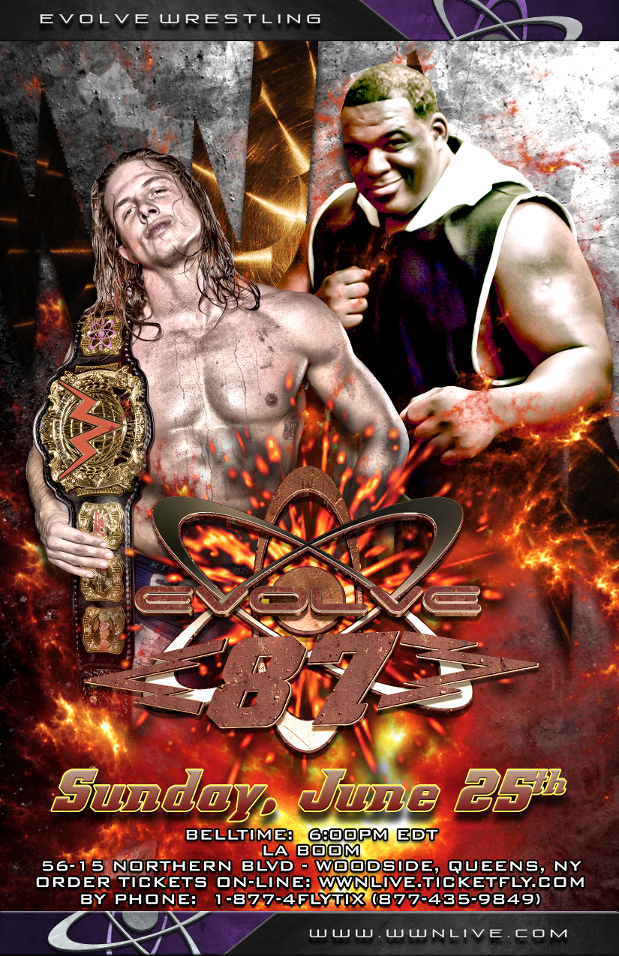