Johnny Gargano Returns To EVOLVE For One Weekend Only!

It was announced last weekend that Johnny Gargano would make a one-weekend-only return to EVOLVE at EVOLVE 119 on January 18th in Brooklyn, NY and EVOLVE 120 on January 19th in Queens, NY. This is sure to be a can’t miss experience. WWE.com broke the news that Gargano will wrestle new EVOLVE Champion Austin Theory in a non-title match at EVOLVE 120. We’ll have news on Gargano’s opponent for EVOLVE 119 in the near future. 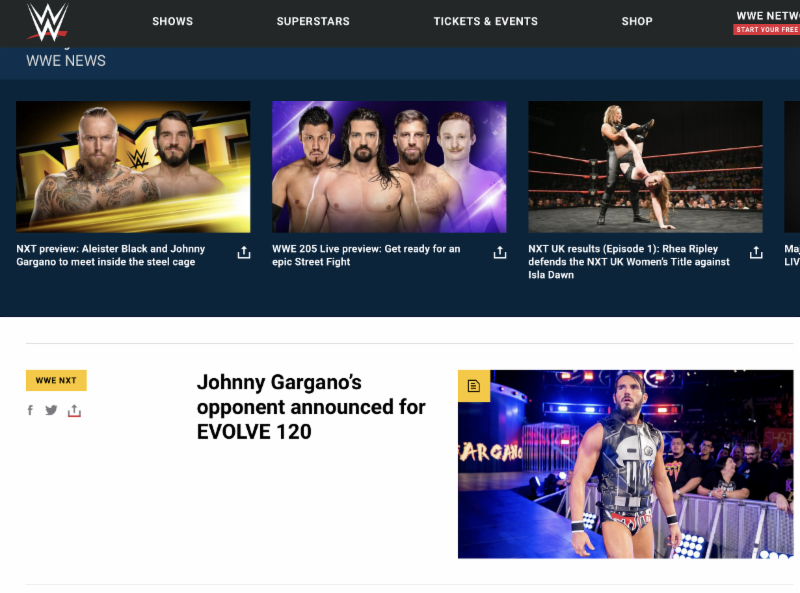