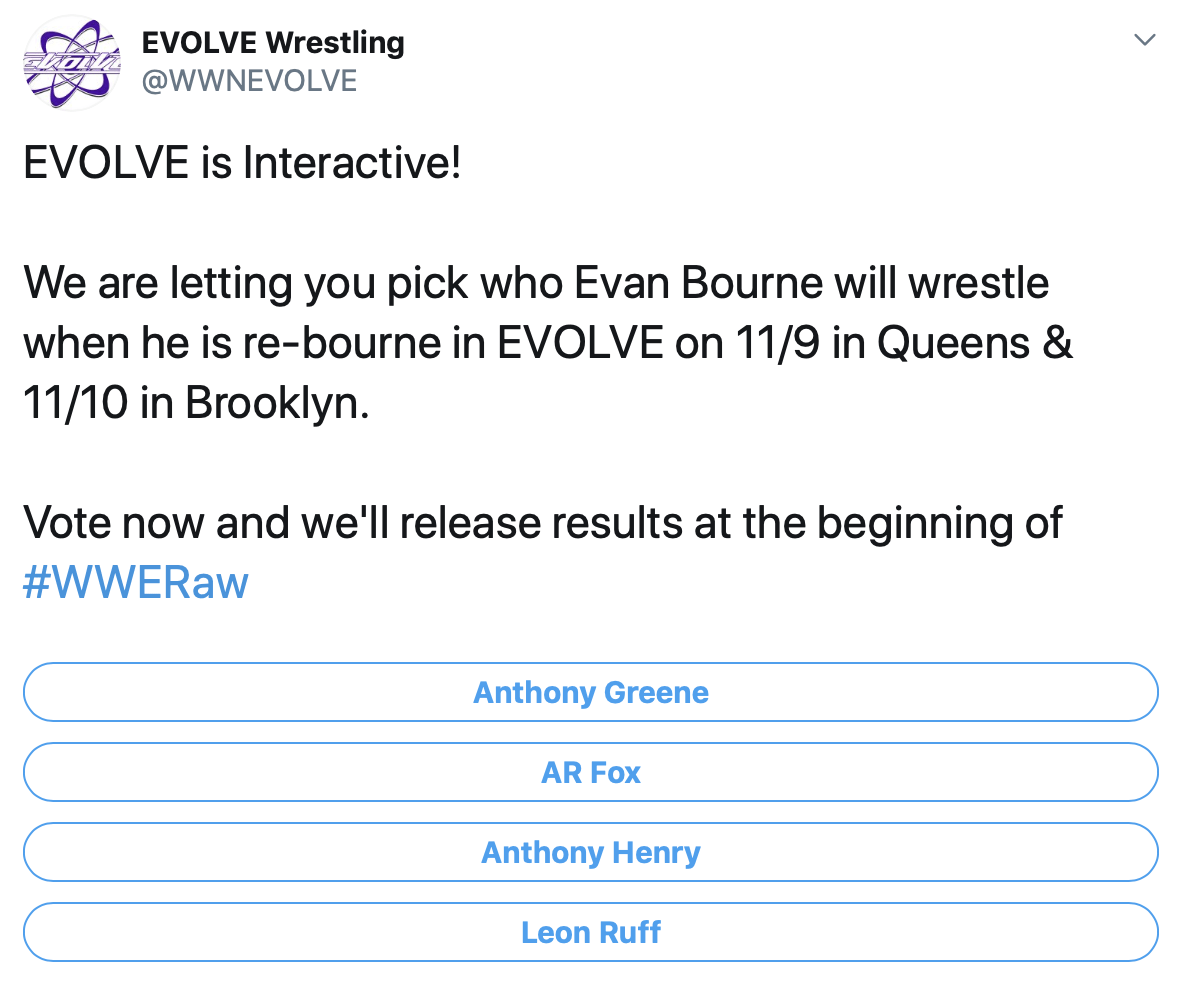 The internet was buzzing with Friday’s announcements that Evan Bourne will be re-bourne in EVOLVE on Nov. 9th in Queens, NY, Nov. 10th in Brooklyn, NY, Dec. 6th in Livonia, MI and Dec. 7th in Chicago, IL. We are going to make EVOLVE more interactive moving forward. It starts now by letting you vote for Evan Bourne’s opponents. Go to @WWNEVOLVE on Twitter to vote now. The voting ends before WWE Raw tonight and we’ll have the official announcements then on Twitter.