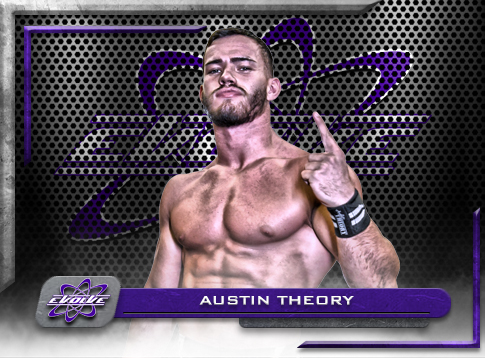 Fast Facts: At FIP Everything Burns 2018, Theory captured the FIP World Heavyweight Championship — his first title in WWN. Theory defeated Keith Lee at EVOLVE 103 for the WWN Title to become the first person to simultaneously hold the FIP World Heavyweight and WWN Championships.Theory’s focus shifted to the EVOLVE championship after losing both titles. He completed the trifecta when he defeated Roderick Strong and Fabian Aichner for his first EVOLVE Championship at EVOLVE 117. He’s the first person to have won each of the WWN, FIP and EVOLVE Championships.Theory was born in 1997, and trained under current EVOLVE superstar AR Fox. Follow Austin Theory on Twitter: @austintheory1