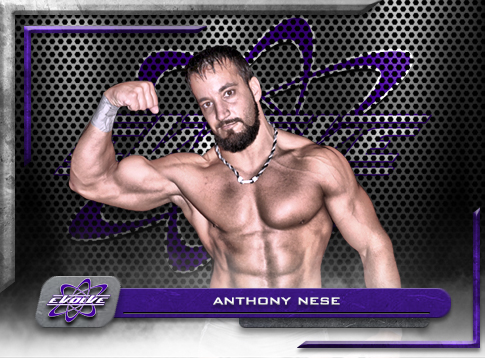 Fast Facts: Anthony Nese made his EVOLVE debut in a losing effort against eventual winner AR Fox, Rich Swann and Scott Reed. He later formed The Premier Athlete Brand alongside Caleb Konley and Trent Baretta in DGUSA. The trio captured their first Open The United Gate Championship at EVOLVE 35, ending the remarkable, near yearlong reign by The Bravado Brothers. Following EVOLVE 73, NXT general manager William Regal made a surprise appearance to offer Nese a contract with the WWE.