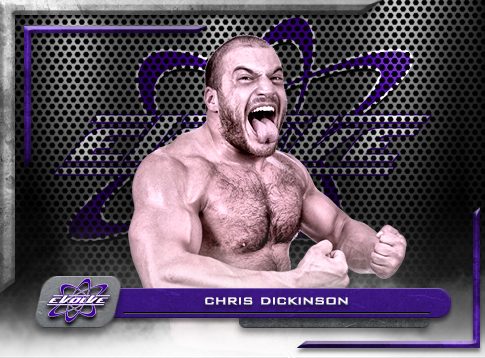 Fast Facts: Dickinson and Catch Point partner Jaka claimed their first tag team titles at EVOLVE 73, a reign which lasted a modest 77 days. Nearly a year after capturing the championships for the first time, Dickinson and Jaka made EVOLVE history by becoming the first and only two-time EVOLVE Tag Team ChampionsDoom Patrol sat atop of EVOLVE’s tag team division for 400 days, surpassing Fred Yehi and Tracy Williams’ mark of 160 days. Dickinson’s combined reign of 477 days is the longest in EVOLVE history.