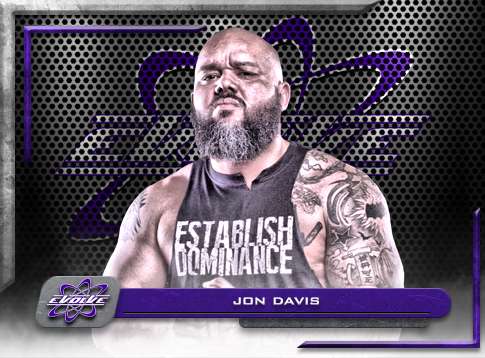 Fast Facts: Davis, an EVOLVE mainstay, captured each championship that FIP has to offer. He’s the first person to capture the FIP Florida Heritage Championships twice and his combined reign of 682-plus days is the longest in history — surpassing Uhaa Nation’s record of 650 days.Davis debuted at EVOLVE 1, where he and Kory Chavis defeated Flip Kendrick and Louis Lyndon. He formed The Dark City Fight Club with Chavis, and the duo hold the third longest FIP World Tag Team Championship reign..Follow Jon Davis on Twitter: @JonDavis817