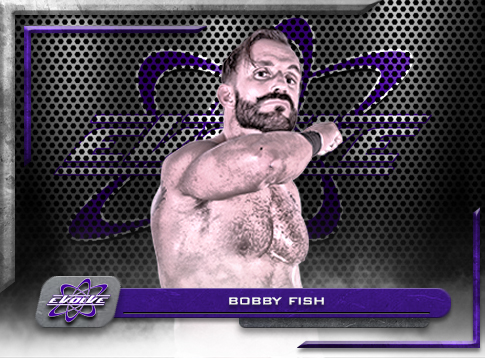 Fast Facts: Fish’s bout with Kyle O’Reilly at EVOLVE 1 was the first match to occur during EVOLVE’s inaugural event in 2010. Despite falling to O’Reilly, Fish became a mainstay in EVOLVE for the next two years. Fish won five of his final six matches before saying farewell at EVOLVE 16, where he lost to Jon Davis during the 2012 Style Battle Tournament.